Giving birth and bringing a new baby into this world is considered a magical and heartwarming experience. On the other hand, it’s also one of the most mentally and physically draining experiences you can have. The birth of my first child was just that. I loved being a new mom but it wasn’t until some time passed did I realize I had postpartum anxiety. One of the main things that brought on anxiety was breastfeeding. Society will tell you how great breastfeeding is but is also equally as honest about the struggles and pitfalls, so I didn’t go into it unknowing. However, real life experience is a way more harsh reality than the classes could have prepared me for. My try at breastfeeding with my first son was a disaster and as time passed I dreaded the idea of ever having to breastfeed again. 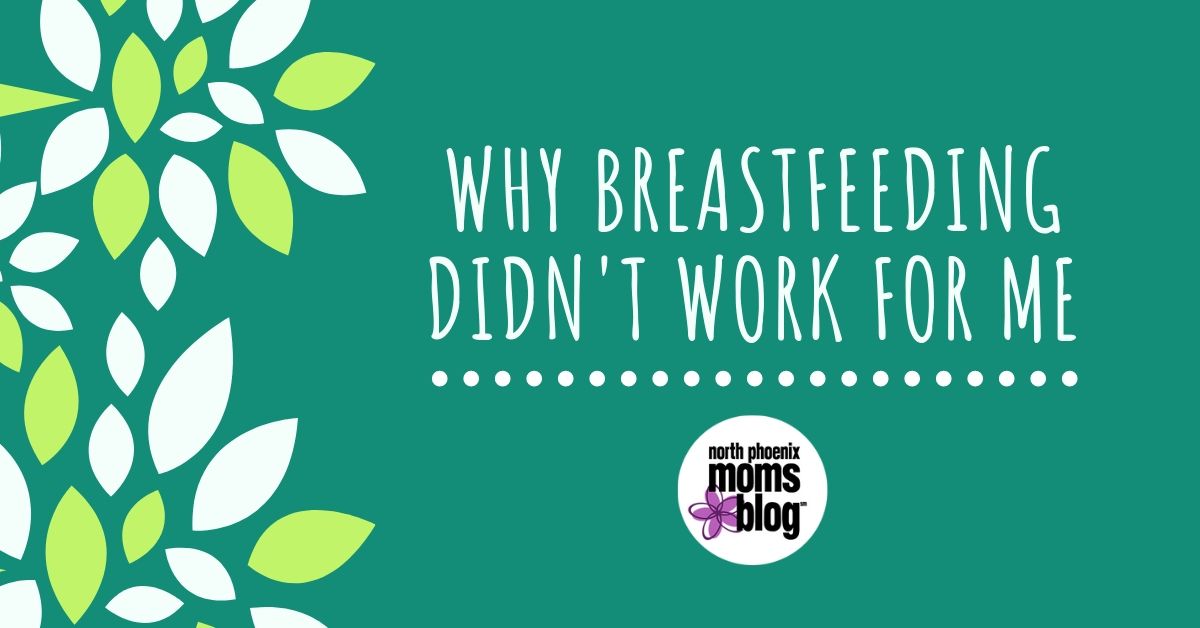 After my last experience breastfeeding, I promised I would never push myself through the mental anguish I went through the first time. From the beginning we had latch issues which was frustrating for all of us. Due to my son having jaundice, and me going back into the hospital after only 2 days out for eclampsia, I was never able to feed on demand and my supply didn’t come in. We had to supplement with formula from day 3 and it tore me apart. It never got any easier and I continued to blame myself. After pumping for a month around the clock and trying to establish a latch, we made the decision to stop and go to all formula. I was upset, but things began to look up as the mental load lessened.

As I approached the birth of my second child, I tried to keep an open mind that all babies and experiences were different, but my anxiety was already beginning to eat away at me. I was open and honest with the hospital staff about my previous experiences and anxiety. I would try breastfeeding but was open to formula, even in the hospital.

To my relief, my second son latched right away. He was a pro at breastfeeding. He was doing everything right. He was doing his job. I was the one having issues. I had no idea what I was in for the first few days; cluster feeding. I never experienced this last time due to being separated. After 2 nights and days and a total of 6 hours of sleep, my tank was on empty. I was trying so hard not to give up.

My anxiety mostly came when it was time to go upstairs to bed. I knew I was in for a long and lonely night nursing on demand and him not wanting to sleep anywhere but my arms. It’s weird to feel alone while holding your beautiful baby and surrounded by the snores of my loving dog and husband.

It was on day 4 after hearing mild concerns of jaundice and weight loss by my doctor that things really changed for me. I decided I was going to head to a lactation meeting at the hospital the very next day. At the meeting, a very knowledgeable lactation consultant gave me her opinions and suggestions. On top of nursing on demand, I needed to add on pumping after feedings and possibly add in supplementing with formula. Her guess, due to the swelling she saw, was the extra fluids I received in labor could be contributing to my supply not coming in on time. I took in everything she said with a smile and a polite nod but inside, my head was throbbing with anxiety and I could feel the sadness bubbling inside. I sat for the next hour nursing in this meeting and hearing the stories and struggles of breastfeeding women sitting all around me. Rather than helping me feel not alone in my struggles, this overwhelmed me.

On the way home from the meeting while my baby screamed bloody murder in his car seat, I began to cry for the first time. I cried the entire drive home. I realized what I had to do. I felt like a failure, but I decided to stop breastfeeding. Words like failure, selfish, and quitter swirled in my head. I quickly realized I was my own worst enemy and it needed to stop. When I got home, my husband happily greeted me asking how it went. I broke down in his arms and he listened to all my woes. Being the supportive man he is, he said he would back whatever decision I made. I wasn’t even aware, until he expressed it to me, how hard it was for him to watch me suffer both mentally and physically while he sat back feeling helpless.

Before anyone could give their two cents or talk me out of my decision, we began bottle feeding formula that night. As I cuddled my son and watched his belly fill and satisfaction spill across his face, my anxiety and despair began to fade. I know there are other things I could have done to make this work if I really wanted to. That’s just it: I didn’t want to. My overall mental well-being won in the end. So, my breastfeeding journey had come to an end. It wasn’t the way I wanted, but I am happy with the choice I made.

I know some women have had an even more harrowing journey to breastfeed than I have. I found myself scouring the internet searching for stories of breastfeeding from women so I wouldn’t feel alone in my struggles or searching for helpful tips because clearly I was doing something wrong. This is why I share my story with you. My end result may not be the same for many women, but a step in my journey might be just what you need to hear to know you aren’t alone.

Breastfeeding is not for the faint of heart. All of our choices and beliefs lead us down different paths on our journey but hopefully we can continue to support one another on this crazy adventure of motherhood.