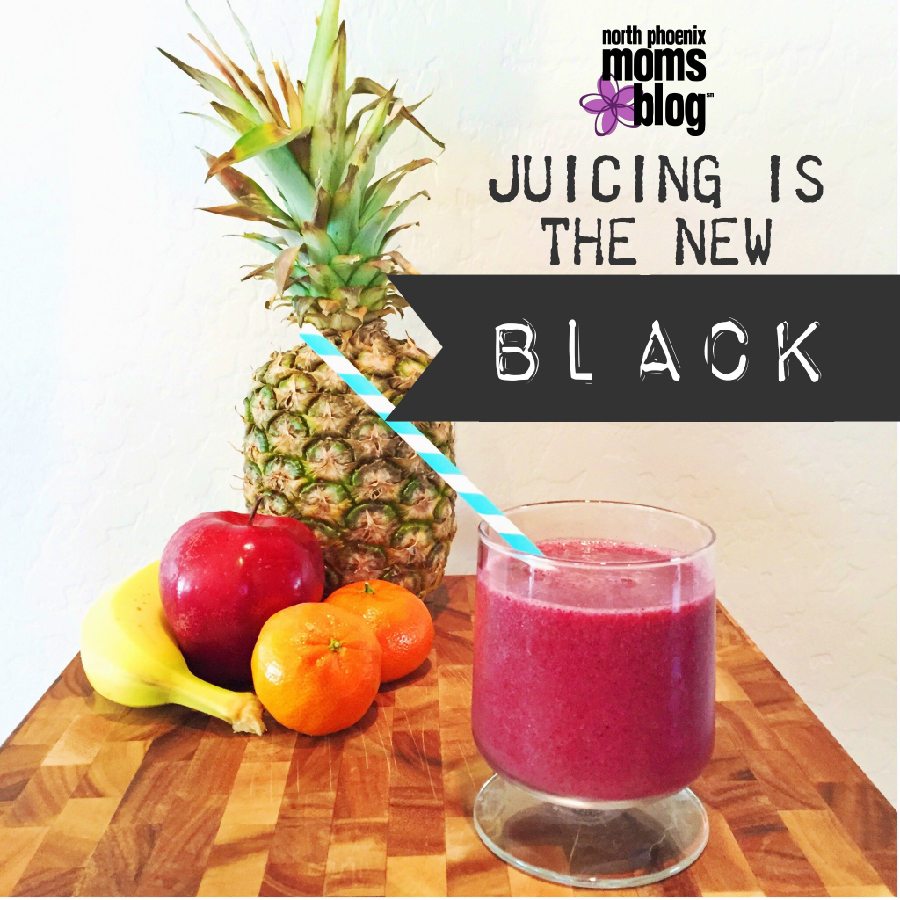 Heather Stevens, mommy of two and co-founder of the glittering Gleamsters, is talking to us today about the benefits of juicing for their family.

So I’m sure you’ve seen the juicing and smoothie trend as another here today gone tomorrow fad! I sure did! Don’t get me wrong, I’ve never had anything against a good smoothie but I just knew it was one more thing that I DID NOT have the time for. I even had two work friends that were juicing on the regular but they didn’t have two littles to keep up with like I did, so when the juice talk started my ears turned off. I wasn’t interested in partaking at all, that is until I was desperate to find a way to get some leafy greens into my oldest daughter’s diet. I had already added the veggie pouches into her diet but I wanted some more options to get these valuable nutrients into her system.

Luckily my husband is a health nut and was on board so we ventured to some local shops that offered some pretty tasty smoothies. We decided to try the smoothies rather than the cold-press juices because we wanted to suck down all that valuable fiber! 😀 Mine and my daughter’s favorite was a combination of kale, spinach, peaches, and apple juice, while my husband preferred a concoction of almond milk, banana, cacao powder, brown rice protein, and dates.

After a year of purchasing smoothies at local juice shops my husband surprised me with a Vitamix this Christmas!!! I haven’t a doubt in my mind that this blender will pay for itself! We have had at least one smoothie every day since we opened the box. We usually have a breakfast smoothie and a smoothie after dinner as a dessert.

I have ALWAYS had a very tough time squeezing breakfast into my routine. This blender has enabled me to have a breakfast smoothie of oatmeal, bananas, vanilla almond milk, peanut butter, honey, and cinnamon every day for several months and I have yet to tire of it. If even one day of my breakfast smoothie is missed, I definitely felt the effects, which was truly shocking to me because I didn’t think it would make a difference at all.

The Vitamix comes with a recipe book, but I’m usually looking for a recipes with just a few ingredients that don’t take too long to make, especially since my two year old’s new favorite thing to do is give her baby sister tight hugs LOL! Pinterest offers some awesome, easy recipes that our whole family enjoys! We especially love the Carrot Cake Smoothie!

While the Vitamix made sense for our family because we were spending so much at the juice shops, a less expensive blender might make more sense to give juicing a try. My juicing friends are very happy with and stand by their Ninja and NutriBullet.