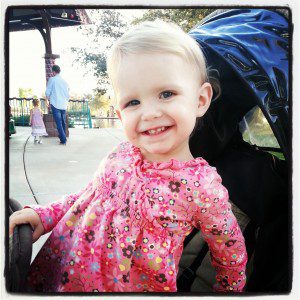 It’s so hard to write the word EXTENDED without the fear of someone thinking I’m a total weirdo and still breastfeeding an eight year old! Let’s clear the air- my daughter is only a year and ten months (pictured above). Whew, that feels better!

It has been quite the journey in breastfeeding both of my girls. My first daughter had horrible latching problems which left me with Masititis seven times in eight weeks! But boy I was determined to do it and thankfully she latched at eight weeks. That was a very rough time in life. I nursed her all the way until she was 17 months old and I thought that was a very long time! Ellie would have nursed for much longer if I would have let her, but I was pregnant with my second daughter and only had a few months until her arrival. I was ready to have my body back (well, sort of if you don’t count the other baby living inside it ;)).

When Claire came along, she latched right away and I had no problems. This was such a relief! What a change. She too has loved nursing and didn’t even really start to eat food until she was about 14 months! We exclusively breastfed. Not by my choice, but because she refused everything we gave her. She still nurses today about once a day and all throughout the night. Most nights I am totally over it and ready to be DONE! I’m surprised she has gone so long with how busy she is! I keep saying my cut-off is at 2 years old because I don’t want to be “that” mom, but at the end of the day, I keep coming back to remembering that I won’t have this time again with her. I won’t have the snuggles, quiet moments, and one-on-one time that can be difficult to have otherwise.

A funny part of being someone who breastfeeds for longer than some, is that it makes me feel horribly insecure! I love that it is so great for Claire and her immunity, but sometimes when I tell certain people, I get the crazy, you must be a hippy look! So I would consider myself a “closet” extended breastfeeder. Don’t ask, don’t tell!

I have often wondered if there were other moms out there, like me, who are feeling a bit insecure about it and could use some encouragement today! Here are some great facts about extended breastfeeding you may or may not know:

1. Science is on your side- there are many medical journals proving the long-term health benefits of breastfeeding. The incidence of many illnesses, both in children and adults, are lowered by breastfeeding.

2. World opinion is on your side- The World Health Organization (WHO) officially recommends mothers breastfeed until three years of age!

3. It’s better for your health-  Extended breastfeeding reduces the risk of uterine, ovarian, and breast cancers. Breastfeeding women also have a lower incidence of osteoporosis later in life.

4. It’s better for your toddler’s behavior- Breastfeeding is also an exercise in baby reading, which enables a mother to more easily read her baby’s cues and intervene before a discipline situation gets out of hand. Nursing is a wonderful calming tool on days when Mom needs to relax and to stave off an impending toddler tantrum.

5. Let your child silence the critics. Once your friends and relatives see the benefits of your breastfeeding bond, your growth as a mother, and the emotional, intellectual and physical health of your child, they will serve as convincing testimonies to the value of extended breastfeeding!

(Each of these were pulled from www.parenting.com in the Ask Dr. Sears section. The whole article can be found HERE.)

Reading things like this has put me at ease, and pulled me out of my cultural insecurity about extended breastfeeding many times. Hopefully it encouraged one of you also!

So now, I’m curious! Are any of you extended breastfeeders or did you in the past? Would love to know!