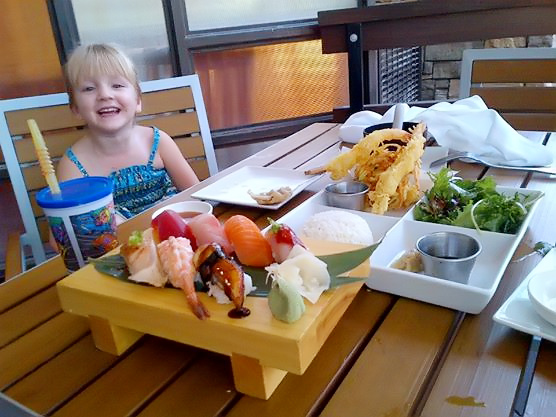 My daughter, my first born, did not get her first tooth until she was 16 months old. As much as I adored that pink gummy smile, at some point, I was pretty certain I was going to have to invent the first baby dentures….perhaps even put a little bling in her baby-sized grill. She drooled for months on end and put her sweet mouth on just about everything in sight from the time she was 5 months old until that first pearly white popped through 11 months later. This mama had to get creative with her home-made baby grub.

We started like pretty much everyone else, feeding single ingredient purees around the 5 month mark. The basics, peas, carrots, sweet potatoes, pears….the good stuff. Each week, we introduced new ingredients, but as the months ticked by, I started to feel a bit guilty eating our semi-gourmet home cooked meals in-front of her. Certainly, her taste buds were starting to get bored with the same ol, same ol flavor profiles. I did my share of research on new ingredients, common allergens, and professional pediatric nutritionist suggestions, and then I hit the kitchen…and the puree button on my blender.

From dates and quinoa, to mint and beets, to salmon curry…..I put my culinary prowess to work and I created some pretty tasty dishes for my toothless wonder. And yes, I tasted them ALL. If I wouldn’t eat it, why would I feed it to my greatest accomplishment? Some she loved….some not so much. But she tried them ALL…..several times. We pureed, we steamed until she could gum them into “smush”, and we chopped into finger food sized cubes. And still…..no teeth. Le sigh….

As my pediatrician had assured me would eventually happen, her teeth started to pop through one by one. As they did, we started to feed her exactly what we were having for our meals. Of course, we cut them into safe pieces and helped her find her mouth as needed, but she ate what we ate. And sometimes, she didn’t eat…..and this mama would cry…..but we kept at it. I accepted that toddlers would be toddlers, and that regardless of what I put in front of her, there were days, that she simply wouldn’t want to eat.

Sometime around the age of 2, we cut up a shrimp and put it in front of her. She was excited that it was pink. She popped it in her mouth and smiled (with teeth this time). And then she ate about 8 more…..whole shrimp. She couldn’t get enough. From there, it was officially “culinary game on” in this family. From steamed mussels, to artichoke leaves, to ribs…..this kiddo eats it all! She has already requested that we go out for Sushi for her 6th birthday.

My second born, now 3 year old, was an over-achiever by our standard. He cut his first tooth at 13 months! Woo Hoo!!! But this time, we knew what to do…..lather, rinse, repeat. Now, admittedly, this one is a bit tougher of a critic when it comes to what is on his plate, but we keep at it. And 9 times out of 10, once he actually tastes what is in front of him, he is a happy camper!

Now, don’t get me wrong. My children love a good piece of pizza and some macaroni and cheese now and again. But their pallettes go beyond that and they don’t shy away at new foods or flavor profiles. In our family, cooking new and often unfamiliar dishes is our way of exploring new cultures, traditions, and celebrations. Food takes us around the world, through history, and into nature. We love it and learn from it, and we hope our littles do as well.

What is your child’s favorite meal?  Is it exotic or a good ol’ stand by ala PB&J?  Let us know in the comments below.  Bon Apetite! 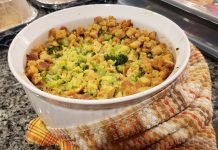 Your New Favorite Thanksgiving Side Dish 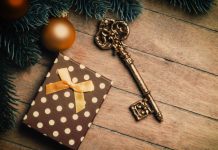 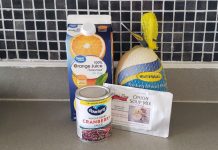