Of all the things I expected to happen with regard to motherhood, I never gave a second thought to the one thing that has so easily happened…I have lost myself in it. Somewhere between hoping my lady bits would go back to normal and wondering how a toddler can throw such a fit over offering her juice in the wrong colored cup (can you believe I had the audacity?!), I seem to have forgotten who I was before these tiny people came into existence.

Once my first child made her debut into the world, I realized this was going to be one wild ride. It appeared that her user manual was lost upon delivery and figuring out how to parent such a strong-willed child was…tough. Obviously my husband and I like a good challenge because we decided to have one more. This time though, we got the sweetest, calmest, most lovable baby boy. Thankfully, parenting him has been leaps and bounds easier. Still, life with two very young children often feels like one long scene from The Hunger Games: Parent Edition.

I love my tiny humans more than I could have ever imagined. The insane highs and lows that come with being a mom are the best (and worst) I could ever ask for. Lately though, I look in the mirror and have trouble recognizing who is looking back. Sure, a couple new wrinkles and a pair of tired eyes are there, but there is a feeling that’s very hard to describe, like something is missing. Sometimes I recognize this feeling and I’m proud – being a parent is hard and amazing! Other times though, I recognize this feeling and start to feel sad…and then guilty that I’m sad. Even my husband will ask what is wrong and sometimes I’m too ashamed to even acknowledge it aloud. Motherhood has completely consumed the ‘me’ that I was. That woman is gone and if I’m being honest, I miss her. 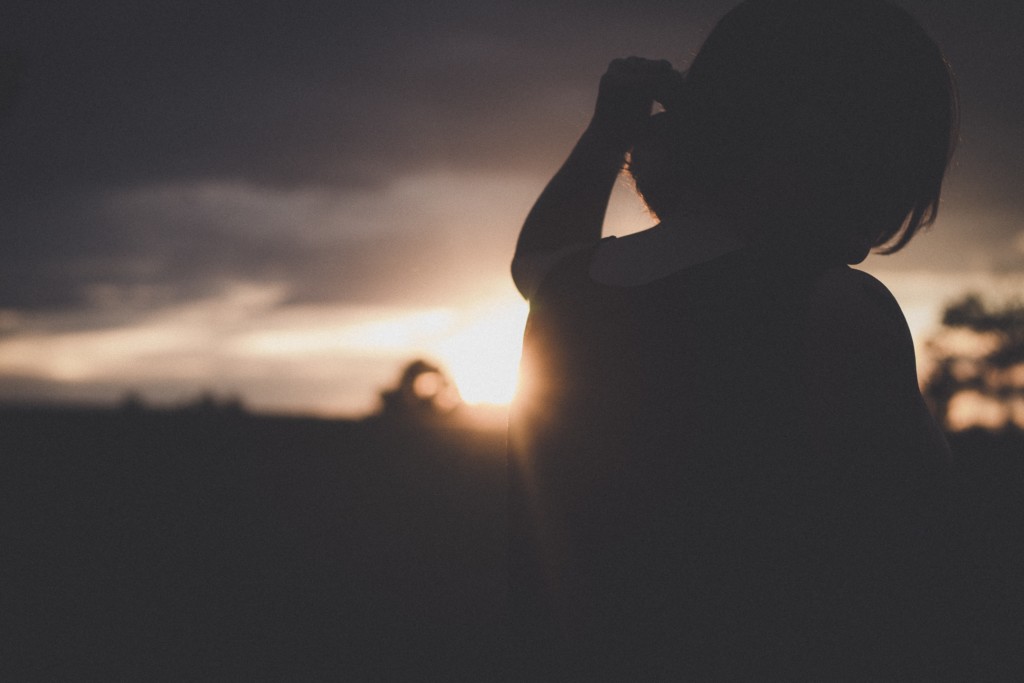 I’m not sure exactly what sparked it, but I wanted to listen to music. Not the Frozen soundtrack –my music. I opened up an app on my phone and as it turned out I had no music. Nothing new had been downloaded in years. I went to search for songs to get and immediately realized I didn’t even really know what I liked anymore. I stared at my phone and cried because I immediately felt insanely disconnected from myself. It seems silly, a music playlist, but how could I have lost touch with myself so much that I didn’t even feel like I knew what I liked? I realized then that the old Courtney was gone. Time, life, being a wife, and motherhood had taken over and all I could think of was how badly I wanted to feel like me again.

I hated acknowledging that I missed my pre-mom self. It is so hard to say that out loud. It’s guilt and sadness and mourning all rolled into one big emotional mess. It makes me feel like a horrible parent because I love my kids more than anything. Why would I want something that doesn’t benefit their immediate well being? Truthfully, though, that’s how I got into this mess. I was under the impression that in order to be the best mom I had to give up everything that made me ‘me.’ Slowly and steadily, pieces of me were chipped away as I took on my new identity as mom. It was silent and the part that took me by surprise was how I didn’t even notice it until all those pieces were gone and I felt like a shell of my old self.

I have been trying to find my way back, to find some of those pieces of me. Some of them are gone for good and that’s okay; not all change is bad. Other important pieces like hobbies, interests, and cultivating friendships are places I’m choosing to really focus on now. These are things I think are vital to feeling like myself again, outside of motherhood.

Some examples of how I’m working on myself:

Connecting with friends
All friends, not just mommy friends. Making it a point to send texts, silly Snapchat pictures, and hanging out when it’s possible. I might not be in a position to be spontaneous with two small children but with a little planning, spending time with friends always makes me feel amazing.

Taking purposeful time for myself
I’m so bad at the whole “I have an hour to myself what can I do?!” game. I hem and haw and end up taking my whole ‘me’ time just trying to decide what to do instead of actually doing it. Now, I’m working on being intentional. I’m writing down small things I want to do during the week (like read or finish a certain craft) and when I have a small chunk of time to myself, I can go back to my list and choose something that sounds fun.

Making time for things I love
I love going out to movies. A couple of weeks ago, I had a late afternoon dentist appointment. Instead of heading straight home after, which would’ve meant horrible rush hour traffic and sitting on the freeway wasting time, I opted to go see a movie by myself. I had dinner waiting in the crock pot for my family so I was able to enjoy choosing a movie I wanted to see and snacked on some popcorn without having to share. By the time the movie was done, traffic was gone and I had an enjoyable ride home (listening to music I wanted to hear)!

Feeling good physically
I always loved doing my hair and makeup. Being a stay-at-home-mom means I don’t usually have much reason to do it though. After so long in leggings and messy buns, I start getting down on myself. Honestly, it’s worth the 15 minutes for me to slap on some makeup or throw some loose curls in my hair. I feel so much better about myself and I have fun doing it…win-win! I’ve also been going to the gym after dinner a few days a week. I can crank up some upbeat music and run the stresses of the day away.

Ultimately, my children deserve a mom who is confident in herself as a person and my husband deserves a wife who can identify with things outside of motherhood. While my season of life right now places a very heavy demand on my mom role, I know that it’s just that, a season. Seasons come and go but the person I am shouldn’t. So for now, I will try and calm the guilt monster when I make ‘me’ a priority. I am understanding that it’s okay to mourn the loss of the person I was with the hope that a new, updated version is in the works. It’s a slow process but a meaningful and worthwhile one. I love my kids with my whole heart and I’m going to continue to practice loving myself, too.