It is the season of life for me where a lot of my friends are getting pregnant and having babies. During the last few months two of my friends, days apart in their due date, were expecting little boys and both developed preeclampsia forcing them to deliver early. I too had my own journey with preeclampsia, so it is shocking that so many women around me seem to be affected by such a rare condition. 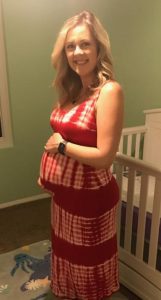 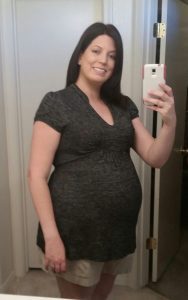 According to the American Pregnancy Association, “Preeclampsia is a condition that occurs only during pregnancy and affects 5-8% of pregnancies.” Preeclampsia can include high blood pressure, protein in your urine and typically occurs after 20 weeks of pregnancy. There are many sign and symptoms for this condition including:

I urge you to read more on this topic but my intention is to put some faces and stories to this condition and I am hoping my story, and the story of my friends, can help people become more aware to stay safe.It is important to understand this condition even if you aren’t pregnant. Understanding what it is so you can keep an eye on a loved one or a friend could be the key to early detection. 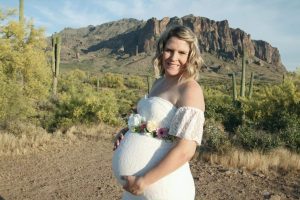 In 2016, I was 30 when I had postpartum preeclampsia shortly after giving birth to my first son Paul. Hayley, 33, just gave birth to her son Connor in April 2020 and was diagnosed with severe preeclampsia with HELLP Syndrome at 34 weeks. Amanda, 31, just gave birth to Rowan in May 2020 and was diagnosed with preeclampsia at 36 weeks. I am happy to report that all of us and our boys are happy and healthy. I hope our journeys open people’s eyes to stay vigilant of pregnant and new moms to keep mom and baby safe.

Were you aware of what preeclampsia was before you had it?

Me: I had heard about it during my doctor’s appointments when I was getting to the end of my pregnancy and I started to have high blood pressure readings.

Hayley:  My friend Kim had it and was very vocal on Facebook about having it.

Amanda: It wasn’t really something I was aware of. I heard of it but didn’t know much about it.

Were you being monitored for preeclampsia or did it come on suddenly?

Me: Around 35 weeks I started to get high blood pressure readings and was placed on blood pressure medicine and put on bed rest at home starting at 36 weeks. I delivered at 37 and a half weeks and we were both doing great. A few days after going home from the hospital I had very clear instructions on what I needed to watch for with my blood pressure. One day I developed a bad headache that wouldn’t go away with medicine and the on call doctor suggested that I go into the OB triage in the hospital to get checked out. After being monitored for 30 minutes I was quickly admitted into the hospital and diagnosed with postpartum preeclampsia.

Hayley: I had a very active and healthy pregnancy all the way up until 34 weeks. Randomly, I started to feel tired, lethargic, and experienced some neck and shoulder pains on my right side that were very intense. I also woke up throwing up that night and just seemed out of it. After 3 days my husband insisted on calling the after hours triage line at the OB office. They quickly responded and told me to leave immediately and go straight to the hospital.

What signs or symptoms did you have?

Hayley: I had very bad neck and shoulder pain on the right side, pain under my ribs on the right side, fatigue, lethargy, speckled vision, and threw up. I had high blood pressure but I didn’t know until I was admitted. In the hospital I felt really out of it and dramatically became swollen. It looked like I gained 50 pounds in a few hours.

Amanda: I felt completely fine so it was baffling. Everything, including my blood pressure, was fine the week before so it was odd to have high blood pressure and feel fine. A few days prior I did have leg and ankle swelling but it wasn’t too bad the doctor wasn’t concerned.

What was going through your mind when you found out you had preeclampsia?

Me: I was extremely upset. I had a newborn at home that needed me. We were trying to establish a bond and breastfeed. He had jaundice and was being monitored closely at home so being away from him was soul crushing.

Hayley: I was pretty open minded to being checked out but once I was at the hospital things rapidly changed. I was told I had preeclampsia and that I was going to be induced in 48 hours. The more tests they ran the worse my results were the more they changed things. I was then told 12 hours for an induction and once they added HELLP syndrome diagnosis they quickly switched  to  an emergency c section in three hours. I was in a fog and felt horrible so it was all hard to comprehend.

Amanda: I didn’t really understand what I had or why they were admitting me because I felt just fine. I was scared and this was my first baby so I had no idea what to expect. I was a month early. I had no bags packed and being a big planner this was hard for me. I immediately began to try and call people to let them know what was going on.

Stay tuned for more from this interview next week. These moms will continue the discussion including treatment, birth experiences, and future plans. 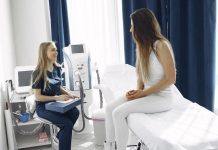 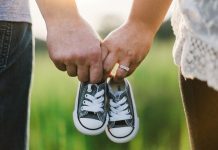