If you’re anything like me, you’ve spent many hours daydreaming about space travel; maybe you’ve even considered home décor for retirement on Mars. So, when I heard of an opportunity to watch the Orion parachute tests, I knew I had to go. The Orion Multipurpose Crew Vehicle is NASA’s ambitious plan for manned missions outside of low-earth orbit, and the parachute tests are no small part. Orion is currently slated for an unmanned flight around the moon in 2018 to be followed by a manned flight around the moon in the neighborhood of 2020. Astronauts Victor Glover and Stan Love were on hand to discuss parachute specifics and share their insight on the future of space travel. 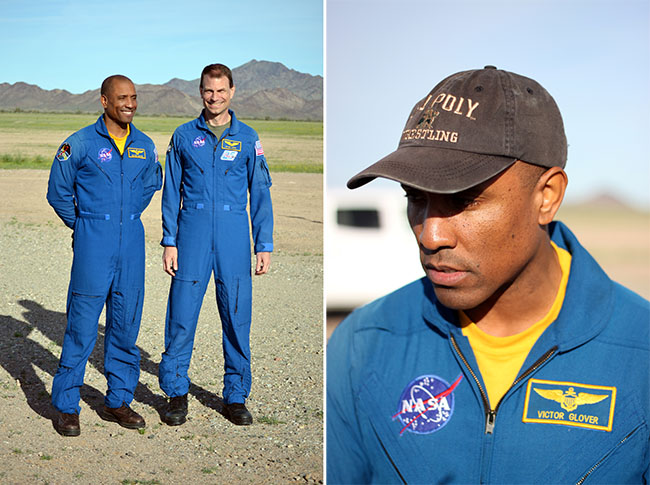 The Orion crew vehicle is a roughly 20,000-pound capsule with the interior space of a minivan. It has eleven parachutes that deploy, with the aid of mortars, in a precise sequence to ensure the capsule slows from speeds in excess of 20,000 mph to a safe water landing at ~20 mph. After the capsule is slowed by the smaller drogue parachutes, the three main parachutes open to carry it the final 8,000 miles of the journey. Those final parachutes alone are about 100 meters wide, fully inflated, and have a total of 240 Kevlar cords that are rated at 1500 pounds each. The day I spent at the Yuma Proving Grounds was the final parachute test – low opening at ¾ expected height. 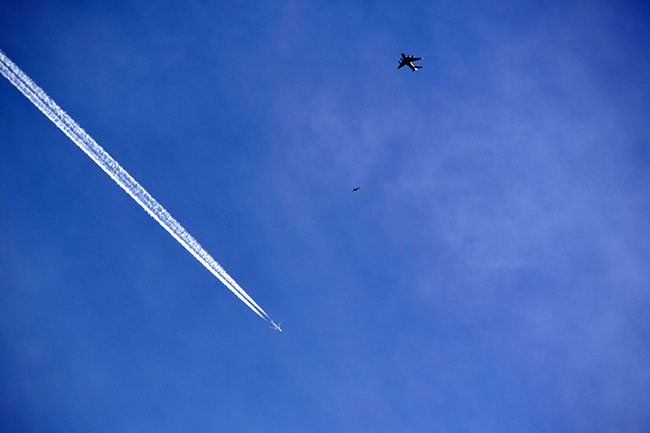 Previous tests have included using a streamlined vessel they called the dart, to test parachutes opening at higher terminal velocity, and loss of a main parachute. Astronaut Victor Glover explained that the non-deployment of main parachute test indicated that the capsule could swing, like a pendulum, and hit down with a higher velocity than expected. This was an important discovery for which the engineers had to account. The first Orion flight test was in 2014, when it orbited Earth twice and hit the water after reentry. The test was successful, but it was not enough to ensure that crew would be safe entering at the significantly higher speeds associated travel from the moon.

You can’t rush space travel. Everything needs to work flawlessly every time in order to ensure crew safety.” – Victor Glover 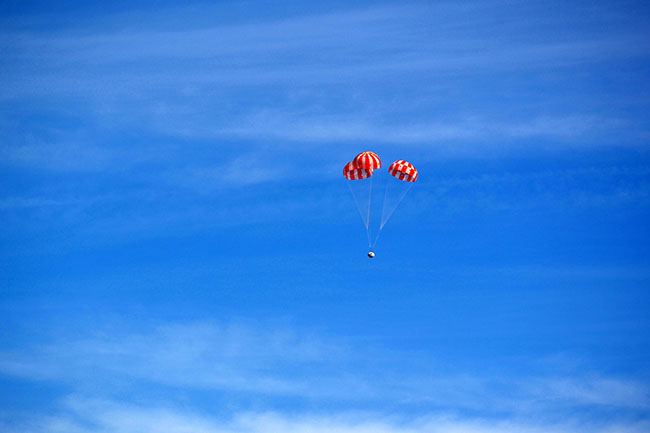 All of this brought me to the important question: I heard this thing was going to Mars. (Seriously, I’ve already picked out 3D-printed furniture templates.) Astronaut Stan Love confirmed that there are ideas being thrown around an Orion mission to Mars or an asteroid, but right now we’re just shooting for the moon. He explained that Orion would be a capsule that would take astronauts to something the size of ISS to make the roughly three-year round-trip mission to Mars. He also explained that we have some pretty big technological hurdles to jump and, surprisingly, radiation is not one of them. According to Love, current showstoppers are landing a 40-ton spaceship on Mars without making a crater, protecting the crew from reentry that would vaporize any materials we can currently make, and a life support system that can recycle air and water for three years without breaking down. The International Space Station (ISS), which Love helped modify in 2008 with the addition of the Columbus Laboratory module, houses the necessary life support system. However, spare parts must be flown to repair it regularly. Love quipped that his colleague likes to say they are “turning yesterday’s coffee into tomorrow’s coffee.” 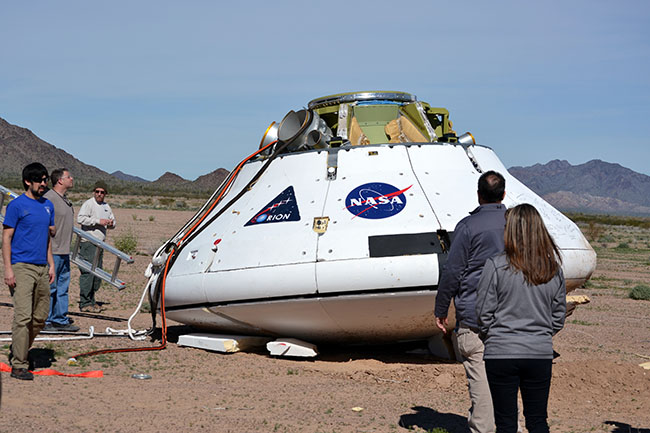 Although it seems that manned missions to Mars are just a bit out of reach, the parachute tests proved that the moon is not.

For those of you who also dream of a life in space, or are just as happy seeing it from Earth, Astronomy Week is a good time to start exploring. The Phoenix area has a few events for Spring Astronomy Day on April 29th:

The Phoenix Astronomical Society will be set up in Heritage Square at the Arizona Science Center from 10am to 9pm and Star Gazing For Everyone will be set up at Estrella Mountain Park at 7:30pm.

Hope to see you there! 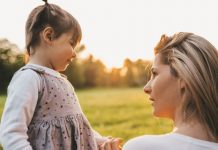 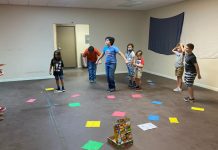