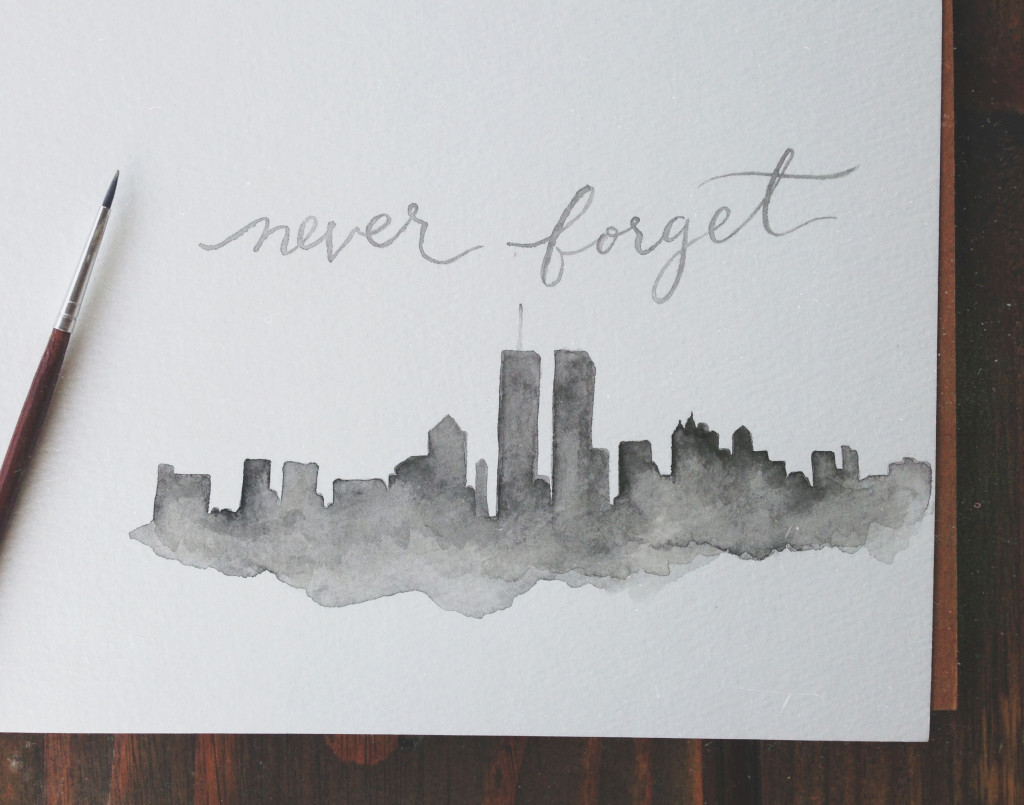 Today marks the 13th anniversary of 9/11/2001, which seems both incredibly impossible and completely believable. This is one of those events where we are asked “where were you that day?” and we all have a story to tell. I asked a few of North Phoenix Moms Blog contributors and co-founders to share their memories of that day with you.

It is a day none of us will forget and is, indeed, still very much alive in our minds.

Stacey: My memory from the day is a sad one, my son was 3 months old and I fell asleep with the tv on and woke up to what I thought was an action movie… drifted back to sleep for a bit and woke up a min or two before the second plane hit. I don’t remember doing anything that day but taking care of my son, watching tv and crying. We also went to a world series game that year and I remember being very uneasy with being at the ballpark after 9/11.

Rachel:  I can remember 9/11 like it was yesterday. I was living at home and as my twin sister and I headed to Glendale Community College for a class we shared, my father came running out of the house. I assumed we had forgotten something and he was bringing it out to us. He quickly told us of the situation with the Twin Towers in New York. We had to hurry to class but gave extra good hugs goodbye that day! Our professor let us have a free day and watch the news updates that hour. It was a very somber experience. I remember lots of tears. I’m still broken hearted for those impacted by this event that we all remember so vividly. We will never forget those lives lost that day even though we may not have know them by name.

Jenna: I was in high school. I had to be at school early that day for some sport or club (not sure which one). I remember walking in the halls before school and seeing all the teachers’ TVs on. They kept showing one of the planes hitting the towers and it took me a while to realize that it was real life. Not sure it comprehended what was happening that day and I’m actually not sure I even comprehend it now.

Jen: It was my first year of college at DeVry. I was driving to school and got a call from my friend who I think was meaning to call her mom. She told me that a plane had hit the World Trade Tower. I turned off my music and listened to the radio reports for the rest of the drive. I remember going to class just to get released to watch television. I remember watching the second plane hit. I decided to head home and be with my parents. What I remember most about this tragedy is the way the nation came together. The effects of that day are still surrounding us all these years later.

Emily: I was headed to work in Atlanta. Because I was a TV news producer at the time, I would watch the morning shows before I leave and then listen to news radio on my morning drive. For some reason, I hadn’t turned on the radio yet and Joel called me on the phone. He told me something terrible has happened. I turned on the radio and heard my first news report of the 9/11 terror attacks. Once I got into work, there was so much information going across our desks and it was constantly changing. At one point, there were concerns that there were more planes that had been overtaken by terrorists in the air and that they were headed to major cities like Atlanta. Of course, that wasn’t true. At one point, there was also a report that 10,000+ people were in the towers. Thank God that wasn’t true either. It was a tough few weeks at work for sure… long shifts with a serious emotional toll.

As for me, Eileen, I was living and working in the Washington, DC area on that day. I remember driving to work in the morning and while at work, a customer told my tech and me that a plane had crashed into the World Trade Center. While this was news, it didn’t really affect us that much, as we figured it was an accident. Shortly after someone else came in and told us that a second plane had hit. At this point, we knew something bigger was happening. I tried to call my husband and my parents but couldn’t get through to anyone. Like Emily, I started hearing so many rumors that ended up not being true–the White House was on fire, the Washington monument was gone, etc. This was before social media and smart phones so it was hard to know exactly what was going on. Finally, someone got ahold of a radio and we were able to listen to the news. I stayed at work until my boss finally arrived (she had to go to downtown DC to get her daughter  at college which was apparently not an easy task). By this time the towers had fallen and I had still not seen any of the footage on TV. My boss let me go home. We were living on off base military housing which didn’t usually have military police security but they did that day. I cried all the way home, knowing I could finally turn on the TV and watch the towers fall again and again and again. For me, it was a very lonely night; my husband was working at Andrew’s Air Force Base hospital and even though he was not on call that night, he ended up staying overnight in anticipation of the Pentagon casualties that would come their way. I didn’t have any family or friends in town so I spent the evening in shock on my couch. In the months that followed, whenever a plane would fly overhead and we were outside, everyone’s head would turn toward the sound in unison. That day started a chain of events that affects individually and as a nation even now.  Still to this day it is a strange, surreal and horrible memory.

Thank you to Yellow Bungalow Shop for sharing some fab artwork for a wonderful cause that we could include on today’s remembering post. We will always remember the innocent and brave individuals that were taken that day. We hold them and their family/friends in our hearts always. Every year it feels a little further away and yet still like it was yesterday.