My son just turned one last month. His birthday was the 11, the party on the 12 (also our 5th wedding anniversary), and Mothers day the 13th. It was a busy weekend to say the least. It was also an expensive weekend, since we wanted to make sure each of these occasions was special. I really wanted to make his first party a success, without breaking the bank.

Let me preface by saying I love Pinterest. I also hate it. Does anyone else feel like all these adorable parties on there really put the pressure on for when you are a hostess? I spent months pinning and pinning trying to be inspired and create the perfect “pinboard” for his first birthday. This was a big deal, ladies, it was my party planning premiere! It sets the bar for all the other birthday parties I will plan in my life- or so I thought! Needless to say, I felt pressured to make it creative and special.

BUT, at my core I am a thrifty gal. There was no way I’d spend loads of money at the party store on decor I would just throw away. Here are a few ways I made his party very cost effective, and fun!

I hope this helps some of you moms out there planning a party. Parties are so fun, and even better when money is saved, not thrown away. But again, I am a thrifty girl who has big party planning dreams…on a very small budget! 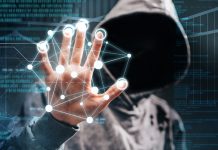