Expect to see more of this little guy this week. Prince George turns one tomorrow, July 22nd and he’s a cutie! The royals released a picture of him walking at a butterflies exhibit. Pretty impressive! A couple more birthday week pictures will be released later today. Happy Birthday Prince George! 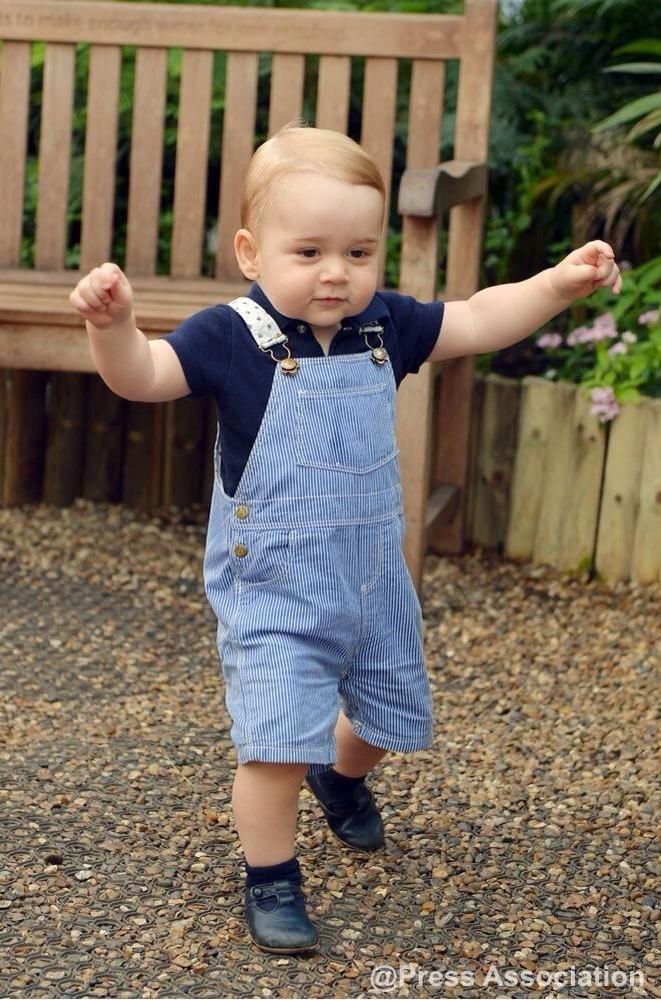 I was about to order some books on Amazon this week and noticed that the company is advertising Kindle Unlimited. For $9.99, you can read until your heart’s content through more than 600,000 titles. Before you get too excited, current bestsellers are not included. There are definitely some popular books included in the membership, but they are older titles. For instance, The Hunger Games series and all of the Harry Potter books. But the hot titles right now including George R.R. Martin’s Game of Thrones series is not. There is a 30-day trial period if you want to check it out.

Back to School and Sharks

It’s almost August and for many of us moms, our minds turn toward getting our kids ready for school and all of the work that goes with it. You know what I mean; find a day to buy school supplies, schedule a Meet-the-Teacher, decide when to start winding back the summer bedtime to school bedtime. Not me. Nope. When August nears, I mark “Shark Week” on my calendar because I MUST KNOW when the bloodbath begins. Ever since I was a child, I have been fascinated with sharks. In first grade, after a tonsillectomy kept me out of school, my make-up work consisted of a book report on sharks. That was also after the summer of “Jaws.” Whether I saw this nightmare of a movie when I was five or not (it’s very possible with my parents, but I won’t blame them) I was hooked. Then in 8th grade, I actually saw what I believe was a Great White on a family trip to Washington, D.C. I distinctly remember this massive shark circling in a gigantic tank inside one of the museums. The big fish with its huge jaws just kept going around and around while people were actually walking along a rickety landing on top of this open air tank. I guess they never saw Air Jaws 1 or 2 or Ultimate Air Jaws or Air Jaws Apocolypse. So for all of you shark junkies out there… and you know who you are… “Shark Week 2014” starts Sunday, August 10th!

Press play if you dare… and don’t go in the water.