On the day before I was scheduled to return to work after 12 weeks of maternity leave I had a list of 3 simple steps (don’t worry you’re not the only one who is now mentally singing the Agent Oso theme song) that I wanted to accomplish to get me prepared for my return: 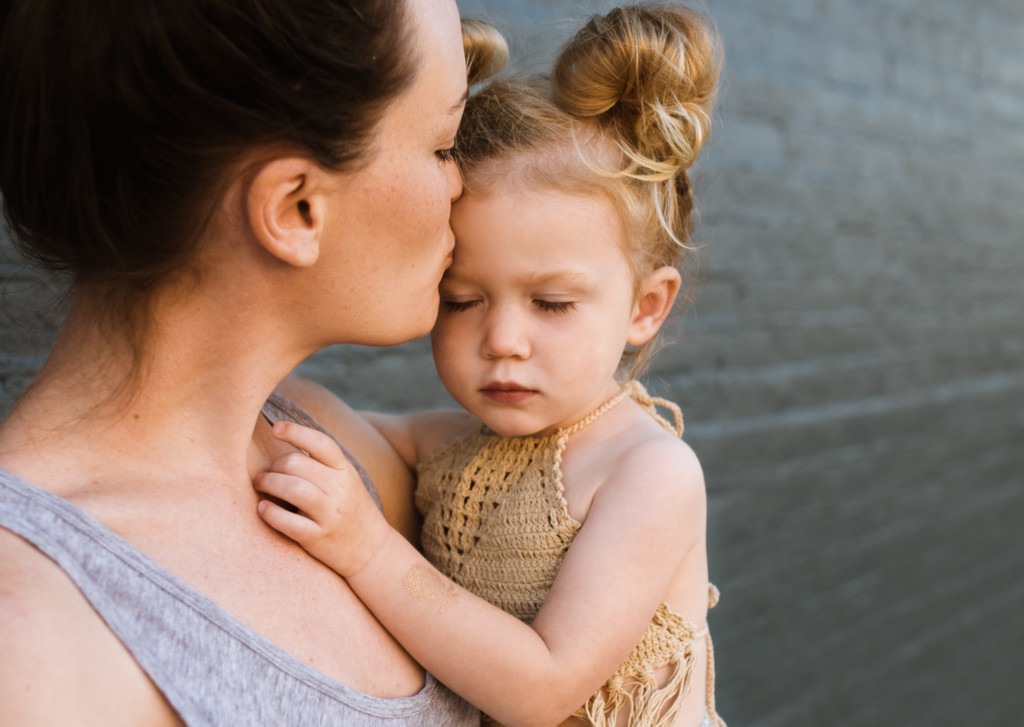 Step one and two were a breeze, I dropped my husband and toddler off at the swimming pool with a promise to bring them breakfast sandwiches when I was done. Within one hour I had these tasks complete and managed to do them all with the baby who slept peacefully the whole time.

At about 1pm I announced I was planning to run to Target to buy underwear for my return to work. My husband (who never wants to go shopping) says, “Target – I want to go too!” So we agree to go after nap time.

Around 4pm naptime ends, I get everyone ready and in the car. We stop at the mailbox, get the mail and I give my toddler his Highlights magazine that just arrived to help keep him entertained as we begin driving.

I hear mumbles from the backseat; my toddler is inaudibly talking.  So, pulling a Daniel Tiger, we remind him to “use your words” and talk louder so we can hear him. More mumbling ensues, so we keep driving.

During the drive my husband asks what we need at Target. I remind him the only reason I planned to go was to buy underwear and that because he elected to join me on what should be a solo mission he would be responsible for taking both kids with him somewhere in the store while I got at least 5 minutes to myself in the underwear section.

He visualizes the chaos that could inevitably occur and asks if I’d at least take the baby. I stand my ground and give him my best, “Sorry, not sorry” as I remind him that the baby will be in the cart in his car seat, and the toddler has snacks and will also sit in the cart as long as the snacks last. We agree that I will get 7 uninterrupted minutes of shopping.

After less than 10 minutes of driving we arrive in the Target parking lot. I look towards the backseat at my toddler who is now whimpering in addition to his very inaudible mumbles. I ask what is wrong and notice that not only is he on the verge of tears but pointing to his belly under his car seat buckle.

When I ask if his belly hurts he opens his mouth and instead of words coming out, he begins to throw up all over himself and his car seat. #MomLife!  We hand him some wet wipes, remind him to rest, and exit the parking lot to head home to clean up. I assign my husband baby duty while I clean up the toddler and the car seat. Thankfully the mess wasn’t too big and I was able to wipe everything down easily and quickly.

It’s now nearing 6pm and our plan to hit the Costco food court on the way home from Target for dinner is no longer an option. The grocery store is one block from the house but d*** it I was still determined to get new underwear! So I kissed the kids and told my husband good luck and headed back to Target.

When I arrived, I promptly went to Starbucks, ordered an Iced Soy Hazelnut Latte and then ventured to the underwear aisle BY MYSELF. It was glorious; no one rushing me, no cart getting in the way, and iced coffee that was still cold! At last my third simple task was complete. To celebrate my accomplishments I walked just about every aisle in Target before I finally left an hour later.

While #MomLife sure tried to get the best of me I persevered and overcame all the obstacles thrown my way… on this day at least. If Agent Oso was around I am pretty sure I would have been awarded a Digi-Medal.

Can you relate? Share your #MomLife stories with us on social media! Remember to use hashtags #nphxmoms and #momlife so we can commiserate and celebrate with you!