Here’s a mom confession for you: One of the things I was dreading about becoming a family of five was having to get a new car. I knew our little sedan was going to feel super cramped with three carseats across that back seat and I knew that given our budget we were likely heading toward a minivan. I had MAJOR hangups about becoming a mom with a minivan. Maybe it was just flashbacks of having to drive the family van to high school and how I had such a hard time parking it in the little parking spaces meant for smaller cars that I would arrive early to grab the parking spot where you could pull directly into it instead of turning at all. Maybe it was because I’d heard some mom friends discussing getting a new car and how they would rather die than show up at their kids’ school in a minivan instead of an SUV. Maybe it was just that I had grown attached to our little 2012 car my husband and I had bought right after getting married and moving back to Arizona. It was probably all three that made me put off getting a van until I was over 8 months pregnant and time was no longer on our side. I begrudgingly moved the carseats into the new car and actually made my husband drive what I considered our new monstrosity the first week we had it.

Mom confession: fast forward a year and I can say that I really and truly love my minivan. I know, it’s not the coolest car around, but that just makes it easier to stomach when we find the scratched up seats from the indents the carseats left on them, or the stained floor from a melted crayon one of the kids smuggled in. Plus, I see the jealous looks of the SUV moms when our sliding mini van doors open with a click of a button and they have to get out to open their backdoors. My minivan may not be the coolest, but it sure is convenient. Our van is not the compact, easy to park car we had before, but trading that for the space has been amazing. We have been able to take amazing day trips to explore the Arizona mountains without having to worry if we would have the space for all the things three young kids need for even a few hours out of the house. We hope that in the future the extra space will also mean room for friends to carpool or to join us in celebratory outings and playdates.

OK, one last mom confession: the space also means the noisy kids are just a little further away than they used to be… and my very tired mom ears are definitely grateful for that.

Did you have hangups around getting a “mom car?” Is there something about growing your family that you thought you’d hate, but instead you have fallen in love with since then? I’d love to hear about it! 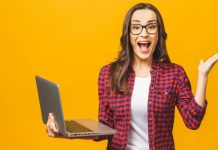 Most Popular Posts of 2022 on Phoenix Moms 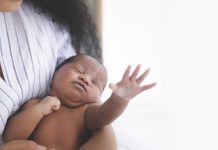 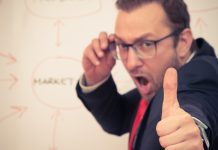