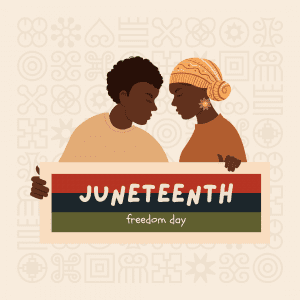 Why did it take so long?

The Emancipation Proclamation freed African Americans enslaved in the Confederate territories. The Union Army continued to fight and spread the news to the south. It wasn’t until General Granger arrived in Galveston Texas two and half years later that the people in Texas learned of their freedom. The celebration initially known as “Jubilee Day” sparked an annual celebration that has migrated across the nation (History.com.) This new found freedom was met with new challenges and struggles. The Reconstruction Era was a time in which African Americans began to reunify, build, develop and grow. 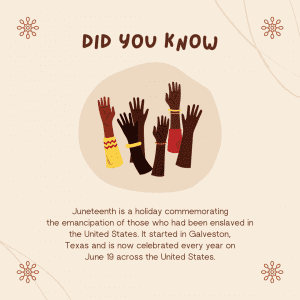 I first learned about Juneteenth when I moved to Texas for college, my birth state. I wish I had learned about it sooner. Being an Army brat, I moved around a lot. This afforded me the opportunity to learn the history of each state in which I lived. Juneteenth in Texas is a huge celebration. I was pleasantly surprised when I left Texas only to be able to enjoy the celebration in other states as well. Juneteenth is to many African Americans what July 4th is to all Americans. It is the official day many African Americans celebrate their independence and freedom.

In 1979 Texas officially declared Juneteenth as an official holiday. According to History.com as of 2015 Juneteenth is celebrated in 47 states. Phoenix has celebrated Juneteenth for the past 30 years. Juneteenth.com highlights some past Juneteenth events in Phoenix, Tucson, Prescott and Yuma. It still surprises me how many people have not actually heard of Juneteenth. You can find many events in the Phoenix area with great food, music, history, games and love. It’s a time to remember our history, pay respects to our ancestors, embrace the present, and hope for the future. If this is the first time you have heard of Juneteenth I encourage you to research more and explore your local area for Juneteenth Celebrations. 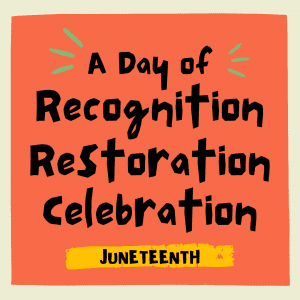 “No one is free, until we are all free.”

Spoken Word and All You Can Eat Catfish

Let’s get reunited, reacquainted and it’s gonna feel so good. 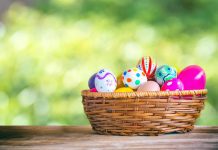 Easter Egg Hunts Around the Valley 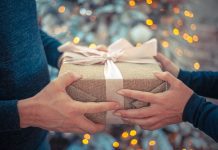 A Therapist’s Guide to Gift Giving 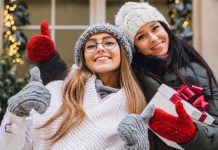