It’s simple. “Our job as a parent is to love our children unconditionally,” says Shannon Black, founder of the Arizona chapter of Free Mom Hugs (FMH), a national non-profit created in 2014 to “Empower the world to celebrate the LGBTQIA+ community through visibility, education, and conversation.”

Black makes Free Mom Hugs’ message clear: “We all want the same thing. We all want to be happy, to be healthy, and to be loved; just because you’re attracted to somebody of a specific sex or you do not identify with the gender that you were assigned at birth, that doesn’t make you wrong.” Black has made it her mission to pass this message along to the LGBTQIA+ youth of Arizona, specifically those who may not receive that kind of affirmation at home. 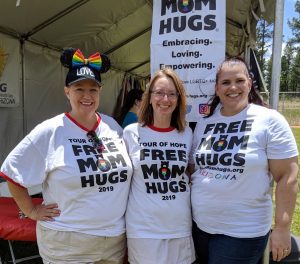 Black founded the Arizona chapter of FMH in 2019. Since then, Black has grown the chapter to around 3,000 Facebook group members. She also manages a leadership team, coordinates approximately 50 semi-regular volunteers, and is the chair of the national chapter committee. In addition to participating in pre-established Pride events, Black has organized multiple Pride Rides (think: parades), and with the help of volunteers she also prepares and sends out care packages and encouraging cards to LGBTQIA+ youth throughout Arizona.

Although at times Covid has prohibited them from giving actual hugs, FMH Arizona has been able to host a booth at several Pride events where volunteers hand out Pride flag pom poms and other goodies as well as, of course, hugs when leadership deems it safe to do so (high fives are also on offer). Up next: The Rainbows Festival on April 30 and May 1 at Heritage Square Park in Phoenix. 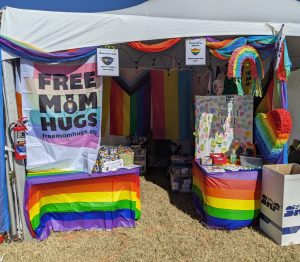 Through her nearly 19 years of parenting, 17 years as a teacher, and three years with Free Mom Hugs, Black has always made a point of being a safe space for the LGBTQIA+ kids in her life. One experience at a Pride festival she attended with FMH stands out. In 2020 a young woman approached Black after seeing her Free Mom Hugs shirt and asked for a hug. Black elaborates, “I gave her a hug and she just clung to me for probably five minutes and said, ‘I haven’t had a hug from my mom since I came out three years ago.’” It’s those stories and “recognizing the impact that something that is so simple can have” that motivate Black in her work with FMH. This young woman’s experience is not an anomaly— two in three LGBTQ youth live in homes that do not affirm their sexual orientation or gender identity according to a 2021 survey by the Trevor Project. 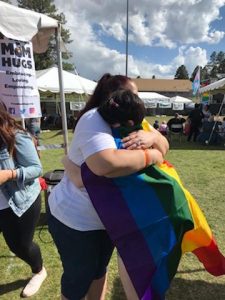 She says supporting kids in the LGBTQIA+ community came naturally for her, but Black recognizes that not every parent sees things with such clarity. Still, her advice is straightforward: “Learn. There’s so much information out there that will help you learn that there’s nothing wrong with your child—that there’s this beautiful vibrant community out there, and there’s really no excuse for you not to take the time to go and learn. Be willing to go learn. The worst thing in the world that I can imagine is losing my relationship with my child because I refuse to accept who she is.” She adds, “Loving and affirming the child that you have instead of the child that you thought you were going to get keeps them alive.” The data backs this up: Studies show that LGBTQ youth who are rejected by their families are significantly more likely to experience negative health outcomes like depression, drug use, and attempting suicide as compared to peers living in affirming households.

Despite the name, Free Mom Hugs is open to participation from anyone who wants to show the LGBTQIA+ community love and support. Though it may seem strange that such an inclusive organization has such a gendered name, Black doesn’t see it that way. “One thing that we like to say is we consider “mom” to be a verb not a noun. Anybody can “mom” somebody, right? And you don’t have to be a cisgender woman to “mom” somebody. Our volunteers are all genders, all walks of life. We take moms, dads, and all allies who want to give hugs and celebrate the community.” 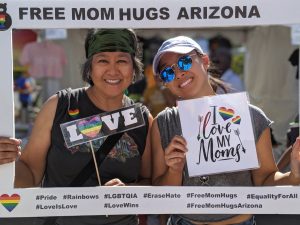 And it makes a difference. FMH Arizona has sent over 1,000 cards of encouragement, given countless words of affirmation, and delivered thousands of hugs to LGBTQIA+ youth in our state. 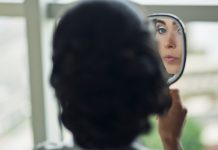 Will You Marry You? A Proposal for Self-Love! 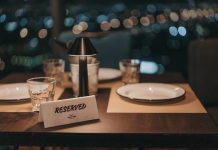 6 Barriers to Date Night (And How to Get Around Them) 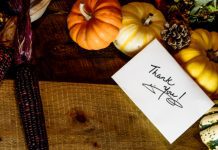 Gratitude Practice: Fresh Ideas for Thanksgiving and Beyond