I don’t want to get political on this blog, because this is a safe space for mothers to support each other and I don’t think bashing anyone is going to help change minds or uplift each other, but I do feel like all the controversy in our country should be addressed.  I think we should talk about feminism as mothers and sisters and daughters.  I will be the first to admit I’m an environmentalist before a feminist because I don’t believe we can even open the dialog of equality without first addressing clean air, water and soil, but for the sake of this post I’m going to focus on what I’ve learned as a mother and what feminism means to me. 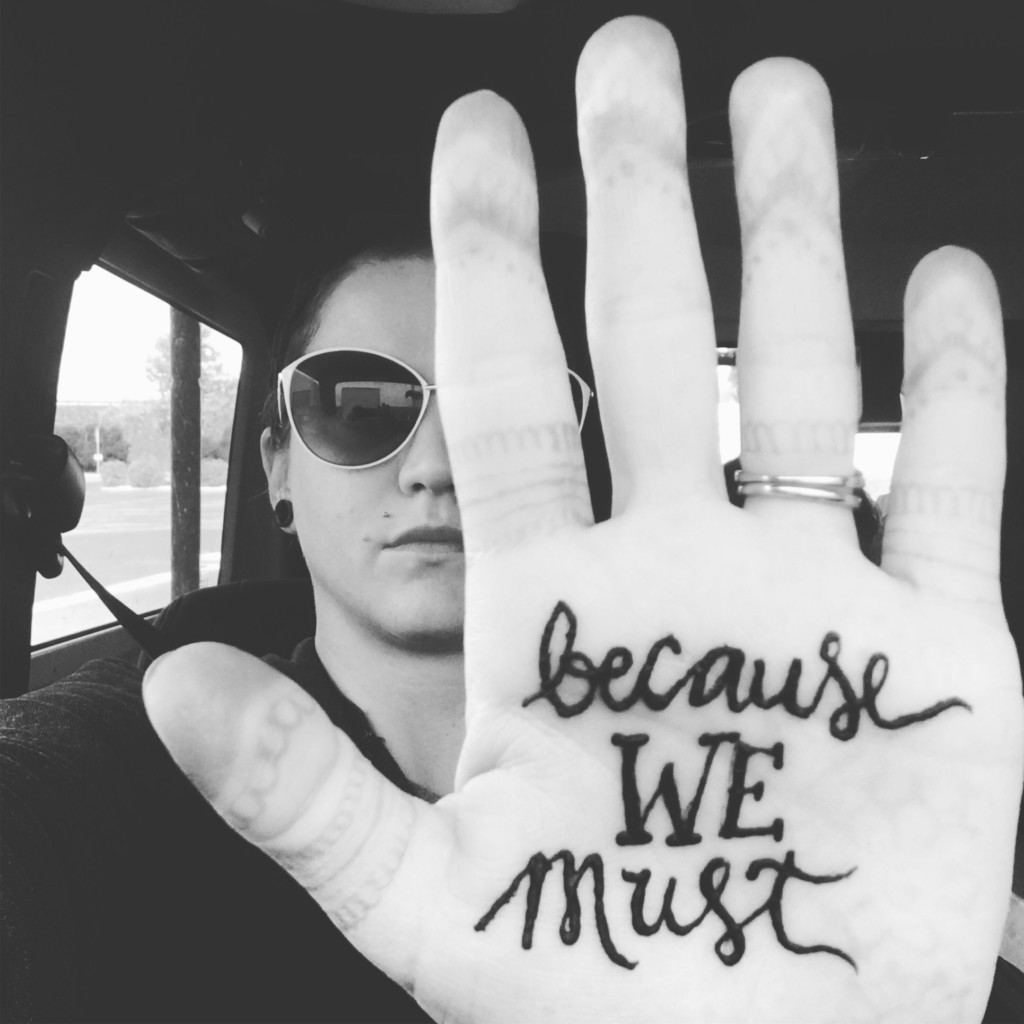 I watched in shock as friends and family criticized the women’s marches across the country that took place on Janauary 21, 2017.  I was surprised to see so many women bashing other women for marching in peaceful solidarity to remind the country and the world that women deserve equal human rights.  I saw many posts from friends and family claiming that as women, they have never been discriminated against.  I saw comments claiming that, ‘these women don’t know what they’re marching for, someone paid them.’  I saw women bashing the attire of women who marched.  I saw claim after claim that this march wasn’t for women everywhere.  I didn’t personally march because as I’ve stated I think the environment is pretty important and we already had plans to spend the weekend out in the middle of the desert, but I did learn a lot about myself and feminism after the march, reflecting on these types of comments.  Here’s what I’ve learned about myself as a mother and feminist…

– I’ve learned that feminism is for every woman, no matter what color or religion or sexual orientation she might have.  Sure, there might be differences and we might not agree but I will respect you equally as a woman or man when discussing these differences.

– I’ve learned that feminism is scary to some women.  Some women really believe that feminists hate men and religion.  But again, feminism isn’t about a religion.  And here’s an even more exciting element of surprise: men can be feminists too; they can support women’s equality.

– I’ve learned that feminism is pro-choice.  But to me, that doesn’t mean a woman cannot choose life, it means each woman is complex with health and individual needs, and that we can not choose for another women what is best for her and her family.  It means we can support the right and access to birth control at an affordable cost.  And more importunately, it means we can build close relationships to the women around us, so they can truly feel like they have options in what might be an unexpected pregnancy possibly by rape or failed contraception.  We might never know if a woman has to face a heartbreaking choice of her own life or her child’s; we might not know our friend and mother of 3 is actually hiding sexual abuse –  and she just can’t have another child grown and born into that, and we might never know if a woman is in such a toxic domestic abuse situation that her life may be threatened if she gets pregnant.

– I’ve learned that feminism is supporting all women. Yeah, all of them, even the ones we don’t like. It also means we can support the young mothers who can’t afford childcare but chose to keep their babies.  And it means we focus on the helpful and healing tools we have for each other, as opposed to bashing and hating difficult choices and differences.  It means we support women we don’t agree with because we’re all in this together and tearing each other apart isn’t going to make any progress when it comes to advocating for ourselves.

– I’ve learned that feminism is relevant to my daughters (and if I had sons it would be relevant to them too), whether they’re even aware of it or not.  It means that I will advocate for their education to be equal to their male counter  parts.  It means I will talk to them about sex, drugs and alcohol the same way I would to a teenage boy.  It means I will encourage them to respect men, women and androgynous people alike and it means I will teach them to stand up for other women and girls who might not have the same privileges as them.

– I’ve learned that feminism is relevant to my mother and grandmother.  My mother still feels guilty about how much money she makes, and I have to remind her that her male colleagues probably make at least 20% more.  Sometimes women of previous generations have been oppressed for so long, they don’t even realize it’s still happening.  Or sometimes they’ve been so involved and seen so many strides in their lifetime, they believe the work is done.  But we all know a woman’s work is never done.  We will always have the opportunity to advocate for equality, we can always make things better, because sadly as we’ve seen throughout history there will always be some form of oppression.

– I’ve learned that feminism is different to everyone, because we are all different.  There is discrimination for many more things than just being a woman, and within the world of women there also differences of skin, religion, sexual identity, preferences, and financial income; these also contribute to a human experience.  Some women say that feminism isn’t for them because they don’t want men and women to be completely equal, that men and women are different and they like when men are kind and open doors for them, because they appreciate chivalry.  What I think they’re missing is that chivalry isn’t just for men.  Women should also be kind and open doors for their fellow friend and pay for the dinner for loved ones.  I love that my husband takes care of me and our family, but what kind of person would I be if I didn’t offer back that same love and support?