Come See The World Premiere of Women of a Certain Age: The Musical 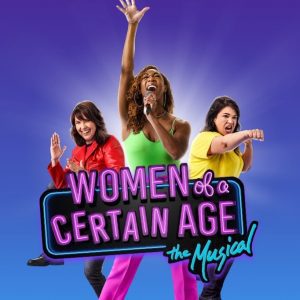 Bursting with infectious songs and non-stop laughter, the outrageously funny hit WOMEN OF A CERTAIN AGE: THE MUSICAL™ (WOACA) is taking to the road with a vengeance this summer! Marking its official world premiere, the 2022 WOACA “Take A Shot Tour” kicks off in Phoenix with 24 shows in the Herberger Theater, Starting May 31st and Ending June 19th! Written by award-winning musical theater team Thomson & Desmon and directed by Natalie Nucci (MENOPAUSE THE MUSICAL), this 12 song original score draws influences from pop, rock, musical theater, jazz, and classic country and is buzzing with talent and energy.

This hysterical, yet heartwarming, play portrays three mothers who put their musical dreams on hold to raise families and build careers. Years after these college dreams, the moms are ready to grab the mic again and try their luck singing their way to stardom. Hilarity ensues as the madcap characters prove there’s no age limit on taking a shot at your dreams.

With full casting to be announced shortly, WOACA stars three exceptional musical comedy actresses and one uproariously versatile actor (who plays eight different characters) boasting credits from Broadway and beyond.