I’m a Mom – I am important, needed, and strong.

I knew I would have to say goodbye eventually. I didn’t realize beforehand that giving up something I loved so much would be so difficult. How could I say goodbye after spending nearly 18 years focusing on it? It’s amazing how much a baby can change you.

When I was 4 years old, I fell in love with a soccer ball. I continued to have a deep passion for this sport throughout most of my life and went on to play on the women’s team at Arizona Christian University. Soccer was my main focus. It kept me sane. It made me feel important, needed, and strong.

With just 4 weeks left of the soccer season in my senior year of college, I noticed something different. I’ll never forget when I was warming up for practice and noticed it: my breasts hurt more than they ever had IN MY LIFE. I panicked. My husband and I had been married for only 2 months! No way could I be pregnant. This was impossible, and I still had 4 weeks left of my final soccer season!

Then it happened. There it was–a little pink plus sign (on 4 pregnancy tests because you have to take at least 3 for it to be true, right?). My husband jumped in the air and picked me up because he was so excited. I stood there paralyzed, cradling my poor little tatas that were just squished from my husband’s excitement. He left for work and I sat in our apartment selfishly thinking about what would happen to my first love–soccer.

How could I focus on anything else now? Soccer needed me. The living poppy seed in my uterus needed me. I was important to my team. I was important in sustaining the life inside of me too. I called the doctor immediately and was told, “Contact sports are more than okay until you are approximately 12 weeks along. It would be like throwing a pea into the depths of the ocean and expecting it to get squished. You can go ahead and keep playing until you are 12 weeks along.”

I whipped out the calendar. 8 weeks. I would be 8 weeks pregnant on my final game of the season. It’s show time. I played soccer while I was pregnant. I continued to play soccer until my final game. Morning sickness (or all day sickness in my case–BOO!) was getting worse and while I would run off of the field after each game to puke up my pregame coffee, I would come up with an excuse. “I didn’t eat before the game.” “I had too much to eat before the game.” “I think I have the stomach flu.” 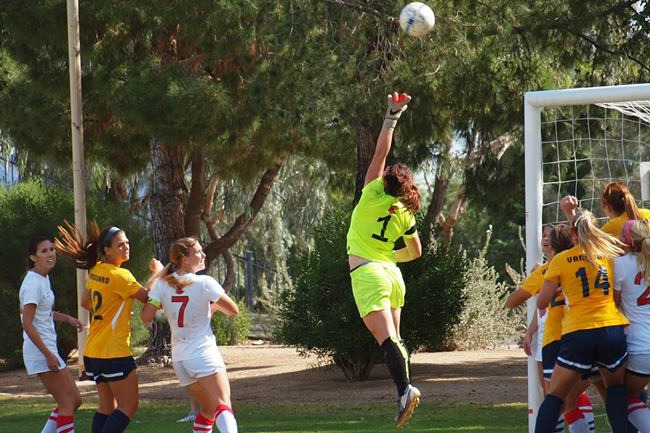 My last game finally happened. It was over. Something I worked so hard for, for nearly 18 years was gone.

While it was hard for me during my pregnancy to think about not having this sport in my life anymore, it grew even more difficult to accept this fact after the baby was born. He was here and it would be close to impossible to involve soccer in my life with this amazing baby boy to take care of. There wasn’t time to take care of myself. There wasn’t time for me to be competitive, let out any aggression, feel important, needed, or strong.

I was in labor for almost 24 hours. I was 41 weeks and 2 days when they finally induced me and I got to meet my son. I pushed for 2 1/2 hours. I felt stronger than ever. My son nursed for 14 months. He hit all of his milestones like rolling over, sitting up, crawling, walking, and talking. When he was learning to crawl and walk he would tumble and have a bump or bruise here or there. I felt needed in the best way possible. He would intentionally roll over or sit up just to look at me. I felt important. He made me feel important, needed, and strong in ways I never had imagined. Soccer may have given me these same feelings, but nothing can ever make me feel the same way my son does.

Being an athlete was something I knew. It was a familiar life and it was (what I thought to be) my purpose. Being a mom is entirely different and yet in some ways, is just the same as this. I had a true purpose and soccer was only preparing me for motherhood.

I never felt that I could achieve the impossible, even while playing soccer. Then I became a mom. My son’s life has proved to me that I am so much more than an athlete.  I’m a fighter. I’m a teacher. I’m a hard worker. I’m a lover. I am strong. I’m a mom. I can do anything.

When I was an athlete, I thought nothing could make me feel stronger. Being a mom makes me feel strong and weak all at the same time and there’s no a chance I’ll ever say goodbye to this sport.